In a closely fought battle for individual all around glory, in which the top four gymnasts competed their Level 10 routines with 10.0 start values, the top two teammates from Québec took gold and silver. Chloé Lorange competing last on floor won the gold medal with top scores on bars, beam, and floor totalling 37.787 points. Fellow Club Gymnix gymnast Myrelle Morin of Montréal who led the qualifications claimed the silver medal with 37.574 points. The two were tied for first after the first two rotations with Lorange performing her best on beam and floor. Hannah Scharf of Shenderey Gymnastics Institute in Newmarket, Ontario led the first rotation on vault claimed the bronze medal with solid performances on her other apparatus.

All Québécoises in the top 6

It was a very solid competition. The girls were ready to repeat their mastery one more time. The atmosphere was great, and they handled the pressure well.

I’m super proud to have hit 4/4 two days in a row, especially beam since I have been struggling with it this season. It was really great having the hard work pay off. The Canada Games medal was an amazing accomplishment that I’m very proud of. I was equally proud of our team and the hard work of our team coaches, Chris and Abbey, getting the Silver medal in team finals. Now off to rest up and get ready for event finals on Thursday!

On Youtube, there appears to be a  digital rights configuration problem preventing replays. If it ever works properly, here is a saved playlist. 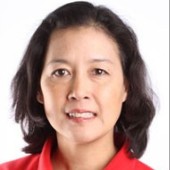 Gold for Canada at Commonwealth Games

A Weekend of Fortitude for Canadian Gymnasts